I'm a writer, composer, and bassoonist with feet in both the classical and musical theatre worlds. In my free time, i am very gay. (it/itself)

the videos from my #transfeminine #SongCycle #cabaret are now live! click on over and give them a watch, and share with ppl who you think would appreciate them!

here's the link to the playlist itself — see thread below for content notes if those are things you want/need!

reposting these here because they are incredible. art by https://twitter.com/chootalks, see also https://linktr.ee/choo (though as far as I can tell they don't sell prints of these (yet??))

big thanks to the Opera Canada editors for giving me the space to take this on! i'm not 100% certain, but it's *possible* that this is the first time a trans person has written a full critique of this show, which is, frankly, pretty embarrassing for the music journalism industry

@ cis opera critics: it has been e x h a u s t i n g and exasperating to see so many of you miss the problems with this show. i am b e g g i n g you: if you want to cover art about trans people, you need to read things we actually write about trans issues — you need to know this stuff to be competent here

it's been a long time coming, but it's finally here! i'm in Opera Canada talking about why #AsOne — probably the most-performed contemporary opera in North America in the last half decade — is not the high water mark for trans representation it's sometimes made out to be: https://operacanada.ca/opinion-cis-actors-playing-trans-characters-artistically-subpar/ 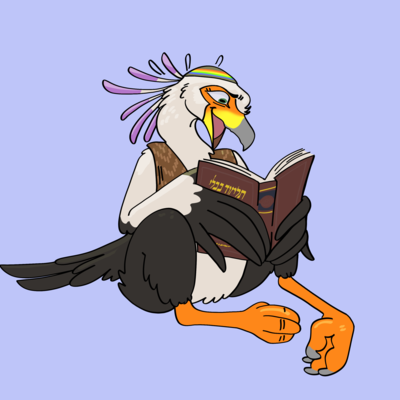 it occurs to me that some of you may not know this absolutely iconic Christmas number, and i feel like now is 100% the time to rectify that

my editor: i don't want to give you a word maximum, but do you think you could write at least 1,000 words about the future of opera in the US for us?

my first draft: *is a cool _thirty pages_ of dense shorthand scribbles*

Hello! Minor update: I'm now using it/itself pronouns instead of they/themself pronouns. My name is still all lowercase in all contexts. Thanks!

you *think* that "thrive" is going to be the slant rhyme for "live", but no, it's for "die" instead, because English is a garbage language with garbage vowels ^_^ #AmWriting

what are your favorite poems/hymns/ecstasies/rhapsodies/invocations/incantations to Light?

anyway, here's what this passage (more or less; the system breaks don't happen in exactly the same place) looks like engraved

bonus, out of frame: almost every one of these are alto clefs

sometimes i'm really good at planning all my staves out and leaving myself plenty of room, and then sometimes . . . #AmWriting

what's this dreamy little phraselet doing? how's it going to flower and change in the course of an entire movement? tune in to this livestreamed recital on Friday night to find out! https://www.facebook.com/events/1253618428306704/

[this is a satirical post in the form of an editorial from an imagined alternate reality, a universe right next door to ours. it's about interfaith relationships and rabbinical school admission policies, and also makes analogies to biphobia. this is written in response to a recent article in Alma (https://www.heyalma.com/why-does-my-interfaith-relationship-disqualify-me-from-rabbinical-school/) and Rabbi Allenberg's comments in it. i'm only using those comments as a springboard; this shouldn't be taken as representing anything that our reality's Rabbi Allenberg would actually write]

I write to clarify and defend a comment of mine that was recently quoted in your magazine ("Why Does My Intrafaith Relationship Disqualify Me From Rabbinical School", 15 Sep). Many commenters accused me of moral cowardice, saying that my reference to the many in the HDC alumn community who support our policy against intrafaith relationships was tantamount to putting righteousness up to a popular vote — surely if the right thing to do is to let Jews who are in committed relationships with other Jews in to our rabbinical college, it is right to do that no matter how many people it upsets, they argued. In light of these comments, I wish to clarify that my reference to our alumn community was merely to illuminate how contentious this issue is; I think there are ample reasons to oppose these relationships on their own grounds, as this letter will elucidate.

Those who argue in favor of rabbinical ordination for those in intrafaith relationships typically propose the outlandish claim that rabbis in such relationships will find it easier to live a Jewishly observant life without compromise than rabbis in interfaith relationships. Could you imagine anything more preposterous! Have you ever heard of a case of two Jews with exactly the same halakhic positions? What shul would satisfy such a couple if one member wanted to observe candlelighting 18 minutes before sunset and the other at a fixed time throughout the year, or if one member wanted to pray musaf and the other wanted to abandon it as an abhorrent yearning for reinstitution of animal sacrifice? Who among us agrees on *all* the finer points of kashrut? How could you keep a happily kosher kitchen when one partner wants stringencies the other thinks are foolish, or accepts hekhshers that the other deems invalid? HaShem is, of course, capable of creating marvels, and we cannot dismiss the possibility that somewhere, somehow, there may be two Jews in a relationship in perfect agreement on even the finest points of observance and practice, but in the vast majority of cases, it seems that compromise is inevitable, and is a compromised faith and practice what we want in our religious leadership? Of course not!

Contrast this sad case with the case of, say, a Jew in a relationship with a Catholic. The Jewish member of the relationship can light candles whenever they think right, can go to whichever services they want, can follow whichever kashrutical stringencies they hold binding (assuming they do their own cooking, of course), and can, in all ways, live their Jewish practice without compromise. The Catholic, meanwhile, can go to mass on Sunday and can generally follow their own religion too. There may, of course, be difficulties in scheduling things from time to time, but no more than any couple sometimes experiences. Could anything be more harmonious than this? Clearly, if we want a rabbinate who are uncompromisingly dedicated to their Judaism, a rabbinate comprised exclusively of Jews in interfaith relationships is the only viable path.

Still, some may object, what about the children? (Because, of course, every single relationship will ultimately produce children. It is absolutely inconceivable that any adult could ever not want or not be able to have or adopt at least one child.) How can we predetermine that hypothetical, unborn people (who may not even have been conceived yet) will choose to engage with Judaism for their entire lives as opposed to making any other choice with the free agency with which every human being is unalienably endowed? Surely rather than making Judaism a deep, vibrant, rich source of meaning that speaks with clarity and moral urgency to the pressing issues of the present moment, the better way to guarantee the choices of these (again, hypothetical and unborn, potentially even unconceived) people is to railroad them into it by making them think they have no other choice, by birthing them into a household where only Judaism is present and shielding them off from any other options, as surely no one could *choose* to commit to Judaism unless they thought they *absolutely* had no other possible choice.

Ah, but again I refer you to the strife that is inevitable in a household where two Jews try to make a home! Growing up with such strife, could we expect any child to come away with positive associations with Judaism? Would they not think of it instead as a source of bitterness, acrimony, and recrimination? How could that ever serve as the basis for a life-long commitment? No, far better that they should grow up in a harmonious interfaith home, experience the best that multiple religious traditions have to offer, and then, if they do choose Judaism, it will be a choice made knowingly, a choice made willingly, an active choice, one built on foundations firm enough to last a lifetime. Surely this, again, must be the ideal!

And on the topic of ideals, I wish to take a moment to address those who agree with my position but attempt to disguise the implications of their stance, claiming that an admissions ban on intrafaith relationships isn't a matter of moral valuation, that it doesn't make a normative statement that some relationships are simply better than others by dint not of their idiosyncratic dynamics but merely by of the demographics of the people involved.

These people should stop fooling themselves. This argument reminds me of nothing so much as the late, unlamented discourse around bisexuals and whether they should be encouraged to be in relationships with people of a different gender as opposed to the same gender. Bisexual activists rightly pointed out that encouraging or insisting that bisexuals exclusively date people of a different gender (so as to appear, to an outsider, to be "heterosexual" and thus uphold the norm of heterosexuality as the most valuable and ideal form of relationship) is a demand inextricable from biphobia and homophobia, painting non-heterosexual relationships as inherently less valuable and desirable than heterosexual ones.

And so to the charge that I am embracing moral cowardice by appealing to the opinions of our alumnal community rather than defend a stigmatizing policy on its own terms, let me rebut it by stating in the clearest possible terms: Our intrafaith admission ban is stigmatizing, and deliberately so, and I defend it on its own merits in the strongest possible terms. It will not change as long as I remain employed in this position at this institution.

Two exciting events coming up featuring my creative work!
First, a movement from my clarinet sonata will be premiered on this recital by Andy Hudson and Ināra Zandmane: https://www.facebook.com/events/1253618428306704 It's a mystical, haunting piece full of dreams and yearning, and I'm so excited for you all to hear it!

Second, I have a ten-minute play going up in this Zoom festival: https://www.facebook.com/events/240237550644912/ It's about lesbians (literal) and demons (literal and metaphorical) and it's got some Jokes and some Poetry. It should be a very fun time!

Since these are both streaming events, I know I won't physically see you there in person, but I would love to share this work with you cybernetically as we move towards the dark of the year in the northern hemisphere <3

if sub-optimal rehearsing conditions stem from brutal economic realities, what would happen if you could escape from those realities? and then what if a plague brought them crashing back? for VAN Music, i interview Augusta Reed Thomas about just that: https://van-us.atavist.com/sandcastles-on-the-beach

probably means i have to cut the swamp monologue tho 😭

man, times have gotten so bad that even the *bassoon etude industry* has gotten into the toilet paper business

I'm a writer, composer, and bassoonist with feet in both the classical and musical theatre worlds. In my free time, i am very gay. (it/itself)